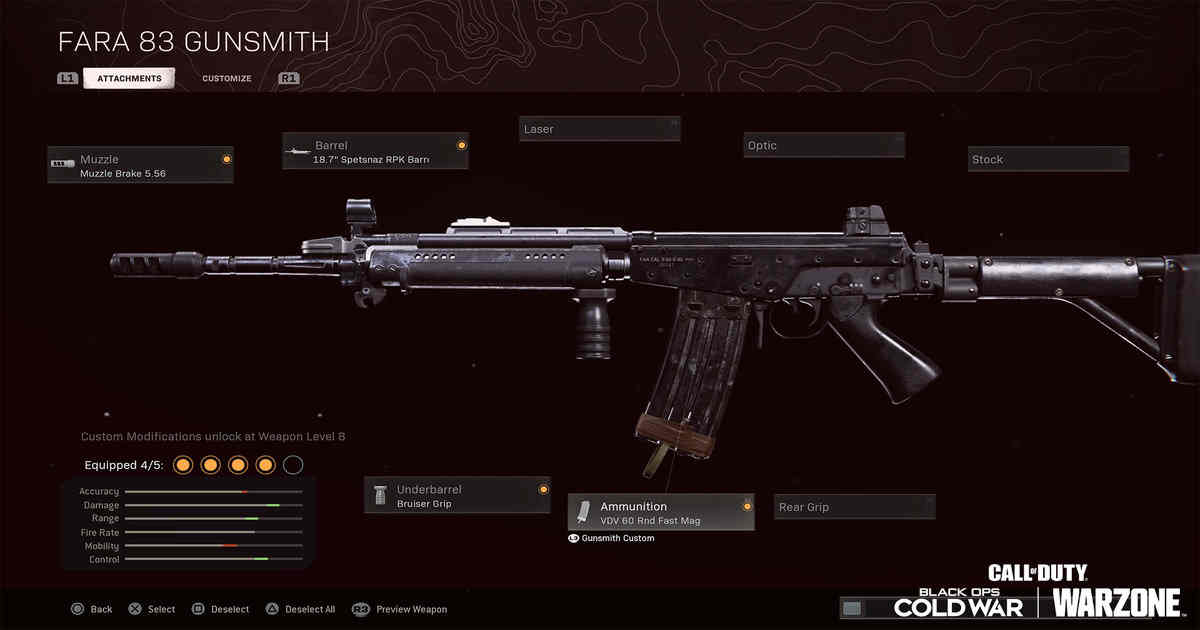 The Starting Primary Weapon for gamers in Battle of Verdansk is the FARA 83 Assault Rifle, which replaces the default 1911 in the event

The Battle of Verdansk limited time event is live in CoD Warzone and is the reveal event for CoD Vanguard. In this event, Operators do not have custom Loadouts. Instead, they get one of three starting weapons on deployment and on respawn.

Battle of Verdansk gets the FARA 83 Gunsmith

The Starting Primary Weapon for gamers in Battle of Verdansk is the FARA 83 Assault Rifle. This exact FARA 83 configuration is one of three weapons that the Operator will drop into.

Latest update on the Call of Duty blog.

They will use it to re-infil Verdansk with, instead of the default 1911. The other two weapons have similar attachments. The three weapons available in the event are:

Weapon details in Battle of Verdansk

All three of these weapons can deal solid damage to the train. The major damage will be caused to the Train’s turrets first, then the cars themselves, as the event progresses. The Secondary Weapon is always an RPG-7. It is a powerful anti-vehicle launcher that is perfect against this armored train.

However, gamers must note that their ammo for this Launcher is more limited than that of the Primary Weapon. This means they need not worry about changing Loadouts. All they need to do is round up the squad, select “The Battle of Verdansk” in the Play menu and get ready for the combat ahead of them.