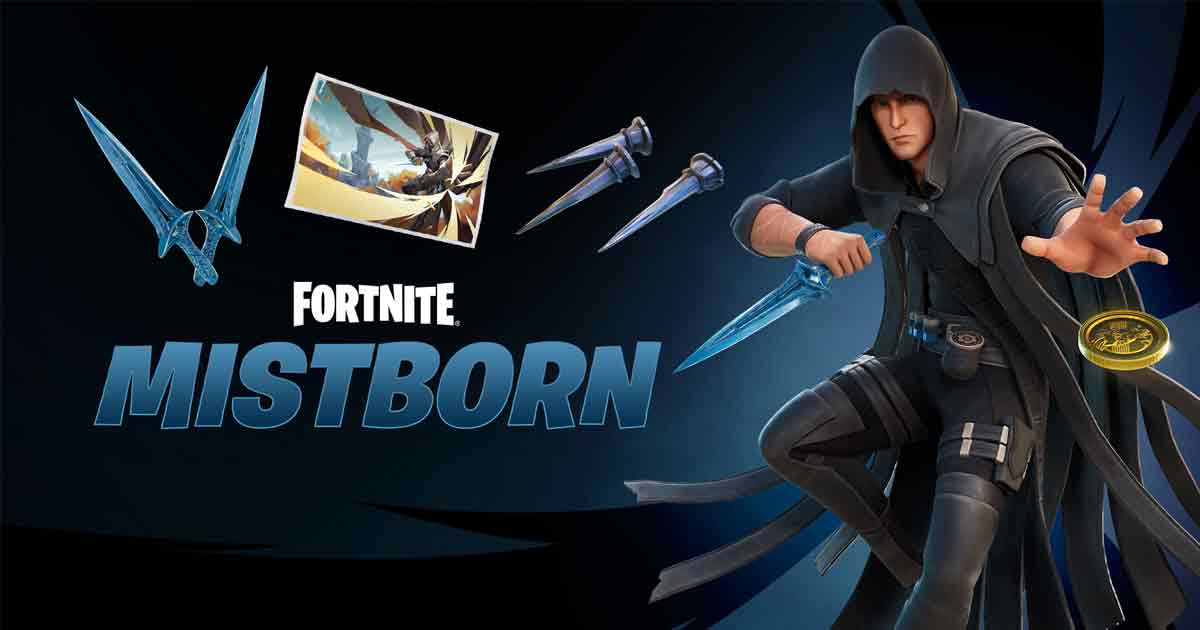 Epic Games is taking crossover-themed excitement a notch above. The Survivor of Hathsin, Kelsier from the bestselling Mistborn series joins the Fortnite roster.

Still quite a long way away from the Cosmere, Kelsier emerges alongside the Hemalurgic Spikes Back Bling. Also in his arsenal is the Volcanic Glass Daggers Pickaxe and a Kelsier-themed Loading Screen.

The Kelsier Outfit comes with an alternate style as well. This is the masked, full-sleeved Undercover variant. All of these items are now available in the Fortnite Item Shop.

The legacy of Mistborn

Brandon Sanderson is among the most popular and prolific authors working in the genre currently. He has written in other genres but fantasy remains his area of expertise. Among fans’ favourite Sanderson books is the Mistborn series.

This is teasing a crossover with the Mistborn novels confirmed via a tweet from @BrandSanderson https://t.co/LNxnNwABpr

As of now, this collection has two separate sequels and one shorter transition book between. Sanderson’s also got another extremely popular fantasy series called The Stormlight Archive. This will eventually stretch to 10 books but he has only released four so far.

You May Also Like :  The Dota 2 Nemestice 2021 Battle Level Bundle is now live: All details here

Based on the Fortnite Twitter account’s first tease of Epic’s collaboration with the author, it seems that the content coming to the game is Mistborn-related.

Fortnite gets a classic skin in Mistborn

Both Mistborn and The Stormlight Archive series take place within one larger universe called the cosmere. This is similar to Sanderson’s other works as well. Fans of the novel believe that Sanderson’s own version of Epic’s metaverse, except the connections are rarely made explicit.

As of now, Sanderson and Epic are teasing Mistborn-related content. However, it doesn’t mean other parts of the cosmere couldn’t be on the way later.

Also, this Fortnite-Mistborn crossover might include a mystery. It is possible that Epic could add some version of Mistborn’s Allomancy to the game. There will also likely be a few cosmetic items included as well.