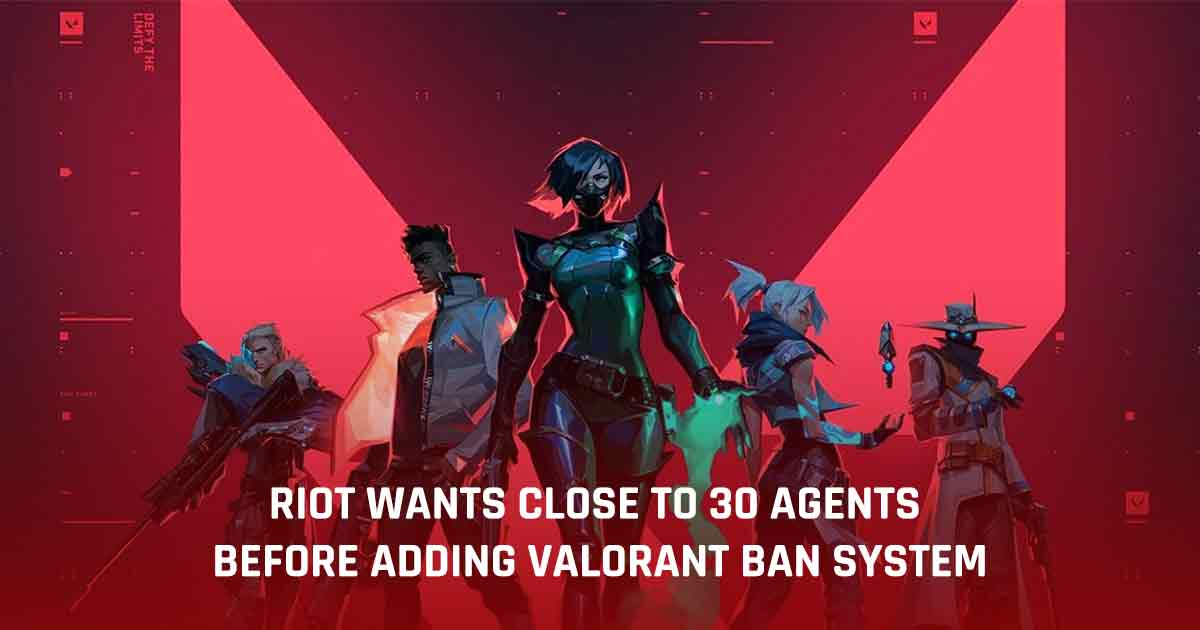 Riot Games plans to implement Valorant Agent bans, once their in-game number reaches around 30, after carefully weighing its pros and cons

Valorant players have been pondering over the possibility of an Agent ban algorithm since the time the game was released. While this stipulation might take time to get launched, it appears Riot has a tentative target of 30 Agents, before they mandate such a feature.

When Valorant first launched almost a year ago, 10 Agents were available for everyone to experiment with. In its solo year of existence, the developers have added five new characters into the mix. Going by the influx rate of Agents, it might be a few years before the developers put the Agent banning stipulation in place.

Nicholas Wu Smith, Valorant’s Game Designer, warranted this. Answering a question on what Agent would this ban come into effect, he said, “Maybe close to 30”. “It also really depends on if we get as much good competition out of banning stuff versus other games,” he added.

The reason for his skepticism isn’t without reason. Gamers, who have created a niche for themselves using a certain Agent, will now stand to lose their in-game momentum. The move could result in fewer highlight-worthy matches in the future.

The more focused criteria of ‘30 Agents’ is relatively new. However, many developers at Riot have shared this stance throughout Valorant’s first year in the market.

Sharing his thoughts on this feature, Riot Ziegler, Valorant’s Game Director, said, “In the future we may think about it.” “It really depends on how much it adds to the game versus subtracts to the game.”

Airing similar views, Trevor Romleski, Senior Game Designer argued Agent bans could offset the competitive scene. “We expect teams to have set plays and strategies that will require very specific Agents. Banning an Agent would invalidate that entire strategy, and we don’t want to discourage practice.”

The notion of ‘30 Agents’ is just a non-official figure off the cuff from a particular developer. However, there’s always a chance the developers can implement much sooner if the community demand persists.