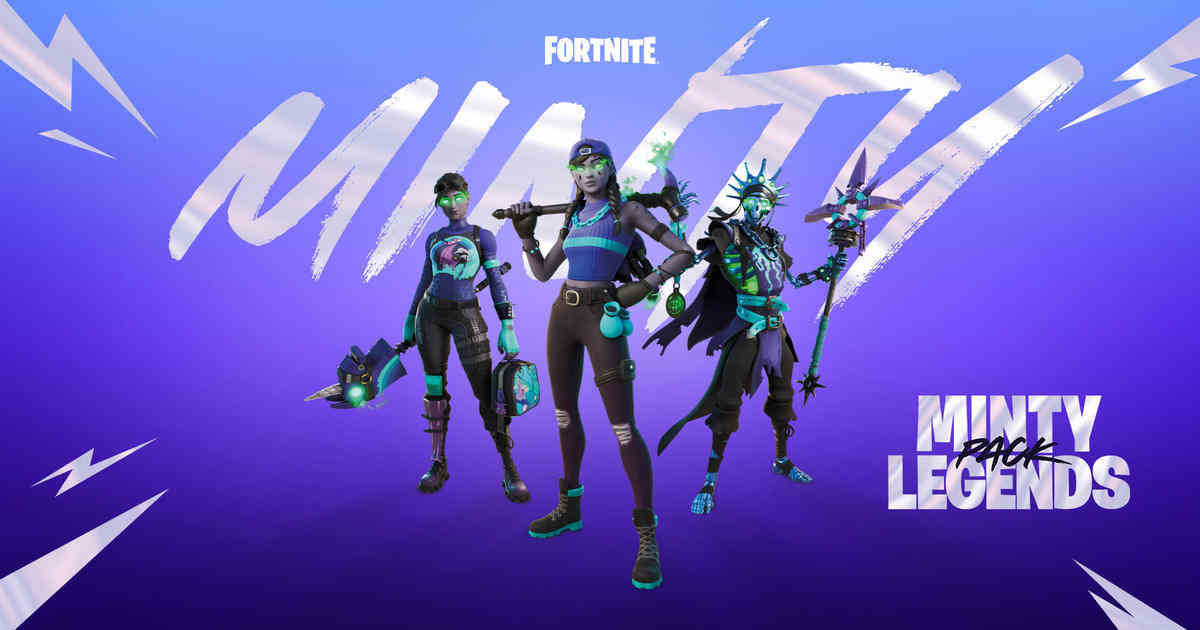 The Fortnite Minty Legends Pack will arrive in November both physically and digitally, comprising of 10 fresh items and new fan-favourite characters

Epic Games has been introducing new items, characters and events in Fortnite for its fans at regular intervals. The most recent addition to the Fortnite Item Shop is the Minty Legends Pack cosmetic bundle.

The Fortnite Minty Legends Pack will go live on November 2, 2021. Why this early announcement? Apparently, this is because Epic Games wants fans to “start planning their cool new holiday look” in advance.

This fresh new pack includes 10 fresh items, including three refreshing twists on fan-favorite characters. The Outfits on offers include:

Add-ons with the Minty Legends Pack

Additionally, the Minty Legends Pack will include:

You May Also Like :  Epic Games unveils Fortnite v16.10 Patch Update across Platforms

If gamers are interested in adding something extra to round out their new outfit, these can certainly do so. This will entail an additional 1000 V-Bucks.

Epic plans to release this bundle physically and digitally on the same day. Players can get this bundle across gaming retailers. They can also purchase the content directly in Fortnite.

NEW Fortnite Minty Legends Bundle! Is It Worth It?

Thank you all for the continued support, Never give up on your dreams and keep grinding 💙 pic.twitter.com/N6cgCZNrBH

Physical copies for PlayStation 4 and 5, Xbox Series consoles, and Nintendo Switch, will be up for grabs. Digital copies will be available wherever gamers can play Fortnite.

Epic has not yet shared the pricing details of the Minty Legends Fortnite Pack. However, going by previous similar packs it should be priced at $24.99.