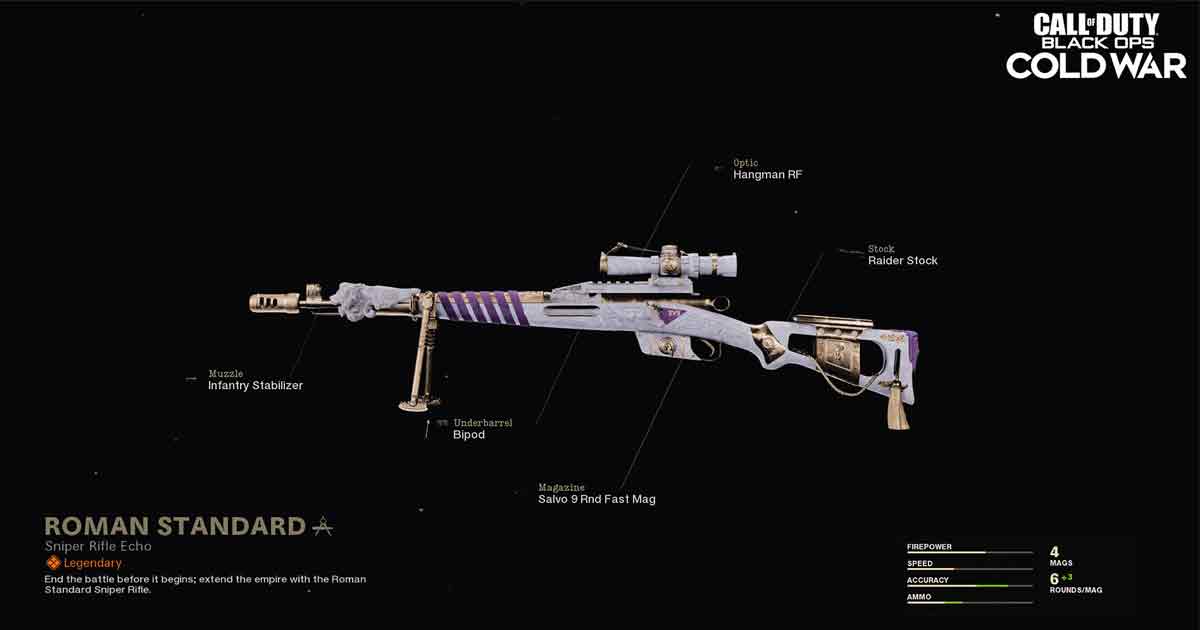 CoD Black Ops Cold War gets the “Roman Standard” Legendary Weapon Blueprint as part of the Season 3 update, and it gets multiple perks and equipment

Fans of Call of Duty: Warzone and Black Ops Cold War have been up for quite a few surprises in Season 3! From new maps to new weapons and exciting battle passes, there has been a lot on offer. Joining the goodies list, is the “Roman Standard” Legendary Weapon Blueprint sniper rifle.

The “Roman Standard” Legendary Weapon Blueprint is built for the modern-day Praetorian Guard. It comes decked in white, purple and gold with lions facing down the barrel.

Gamers can unlock this rifle at Tier 100 in the Season Three Battle Pass. It features an attachment configuration optimally suited for long-range, mobile play.

CoD developers have built the Roman Standard as a classic sniper rifle. To compliment this feature, it gets the Law Breaker Wildcard to balance its long-range marksmanship.

This additionally provides the versatility and power of an assault rifle as a secondary weapon. Players get to fight at midrange on their way to the long sniping sightlines or defend against players flanking them.

To protect their rear or side during a combat, gamers can take C4, when they’re covering an important angle. They can further use the Decoy to confuse enemies into looking around as they line them up in sight.

In Season 3, Law Breaker lets gamers choose three Perks from all categories, Activision has opted for one from Perk 1 and two from Perk 3: