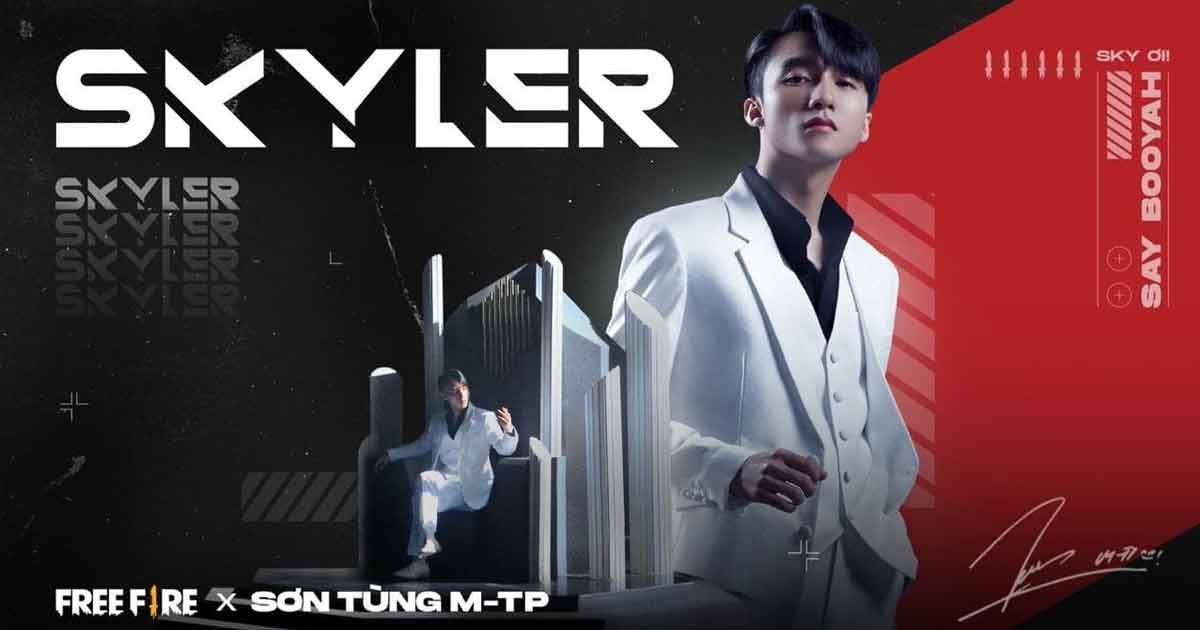 Free Fire has added the Skyler character with Riptide Rhythm ability to its roster. The skin will soon be available for purchase

A few days ago, Free Fire had announced their collaboration with popular Vietnamese music artist Son Tung M-TP. This partnership resulted in the creation of the Skyler theme song, which was released amidst a lot of fanfare.

Taking the Skyler them forward, Garena has listed the character in Free Fire, but players cannot yet grab this skin. The developer plans to officially launch the character quite soon.

Skyler is not yet obtainable in the game’s item shop. Players have been receiving a message which says ‘This item will be available soon’ whenever they click on the ‘Obtain’ option.

The new Skyler character has been positioned as a corporate character, and is a CEO and a superstar. He gets Riptide Rhythm ability as his signature power. Using this feature, Skyler unleashes a sonic wave that damages 5 Gloo Walls within the range of 50 metre.

You May Also Like :  CoD Warzone is Celebrating First Anniversary with Customized Reports

Apart from this, the Riptide Rhythm also increases HP recovery, starting from 4 points, when a Gloo Wall is deployed. Players however, will not be able to stack up the effects, as the ability has a cooldown of 60 seconds.

This ability is further enhanced as the level of the character increases.

Skyler will be joining us real soon – make sure to add this special character into your list of owned characters! 😍#FreeFire #IndiaKaBattleRoyale #Booyah pic.twitter.com/TDM1KCObKU

At the maximum level, the sonic wave can damage 5 Gloo Walls within a 100 metre range. Deploying a Gloo Wall will increase HP recovery beginning from 9 points. The cooldown is also reduced to 40 seconds.

Skyler also gets an exclusive character set called ‘Superstar Set’. However, not much is known about this bundle, but Garena will surely treat fans with further details in days to come.