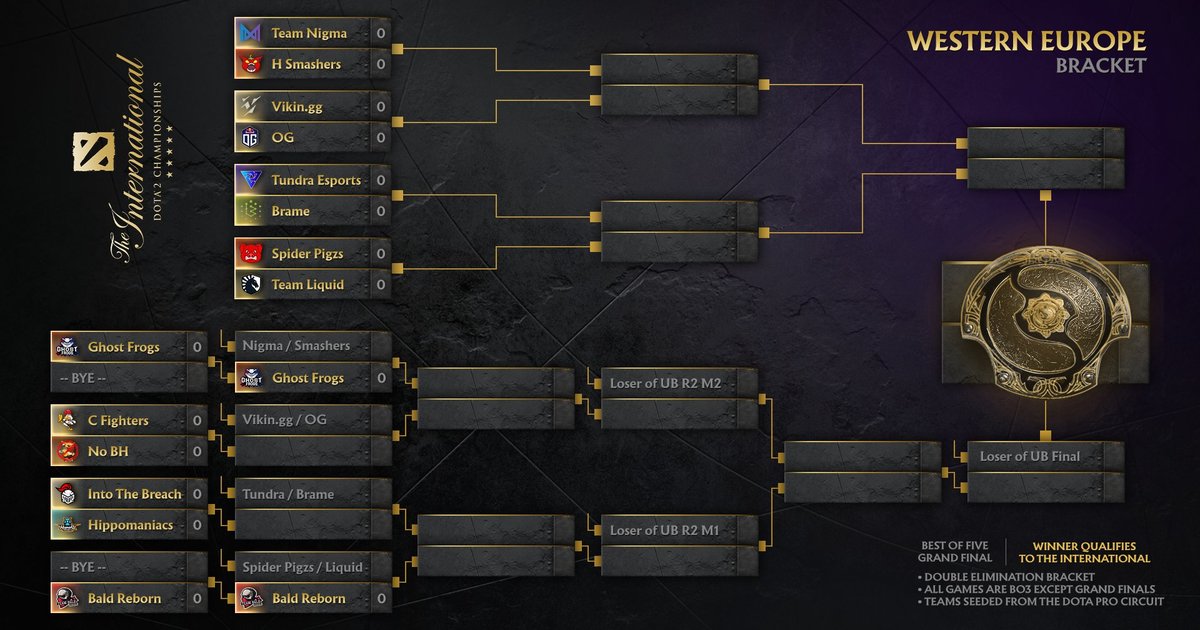 The final leg of The International 10 (TI10) regional qualifiers in Europe and China has commenced. Almost all of the top Chinese teams have already received direct invites. However, two former TI champions from Europe are still fighting for the chance just to make it to TI10.

All eyes are currently on OG and not without reason. They are the back-to-back champions of TI8 and TI9. The other key attraction is Team Nigma: the champions of TI7 and the other finalist of TI9.

They played the latter under Team Liquid. Only one of these former TI champions can possibly claim the chance to even compete for another Aegis of Champions.

An ode to Team OG in TI10 EU qualifier

Fans are well aware that OG is the only team to ever win the Aegis of Champions twice. This team is embarking on its crusade for a third-straight TI championship win in TI10.

There is no need to state the stakes.

Tomorrow, we will be facing the warriors of @GGVikin in the first round of the Western EU qualifiers for #TI10.

The defending champions will have to fight for their spot.

However, it will have to start from the regional qualifiers. Also, it would need a different team from the one they initially won two TI championships.

Currently, only Topias “Topson” Taavitsainen, Sébastien “Ceb” Debs, and Johan “N0tail” Sundstein remain from the lineup that won OG the championships of TI8 and TI9. Both Jesse “JerAx” Vainikka and Anathan “ana” Pham have already retired.

Team Nigma intends to grab top honours with a return to the grandest stage in all of Dota at TI10. They are betting big on newcomer carry player Igor “iLTW” Filatov.

Going by past records, fans won’t be hard-pressed to witness Nigma make a significant impact in TI10. After all, this is a team that has withstood the overwhelming pressure of playing in TI. They had won the championship of TI7 all the way from the lower bracket.

Getting to TI10 might be the hardest part though, as OG is standing in Nigma’s way of qualifying for the tournament.

The TI10 dream of Team Liquid

Did someone mention a dark horse in the TI10? Look no further as it is Team Liquid. While Liquid have performed well during the DPC regional leagues and qualified for both Majors, they struggled mightily there.

The Team Liquid roster has been playing together since 2018. However, the TI10 meta-game has a different matrix up its sleeves. It remains to be seen if the unconventional playing style of this team garners them the desired brownie points.