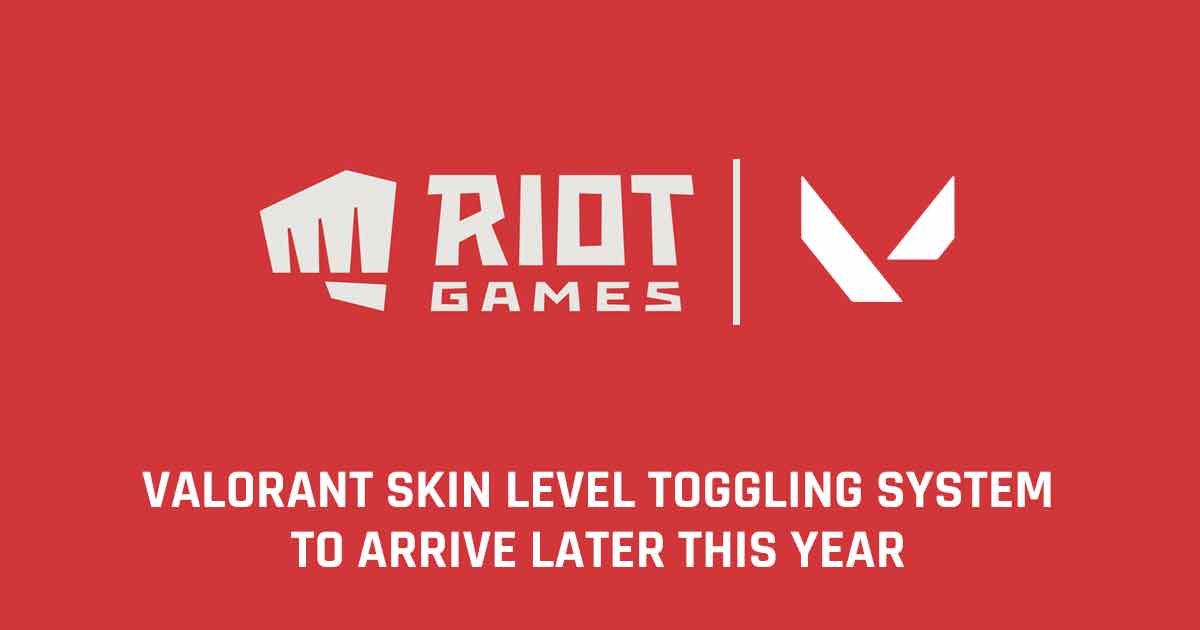 Riot Games has confirmed that a skin level toggling system will be made available later this year. This is in accordance with gamers complaining on multiple skins causing rampant in-game distraction.

For the famous tactical shooter Valorant, existing skins are important in this. No doubt, the game has a plethora of skin features since its development, but at the same time, there are areas where questions can arise.

More about these Skins

If we see the overall gameplay apart from its cosmetic upgrade then, skin have no effects in it. However, there are a few skins that do not comply to this rule. Also, there are others which can be distracting for the gamers.

Pro Tip: DO NOT UPGRADE THE Prime 2.0 KNIFE

These are basically due to its casual animation features as well as sound effects. One such example you can see is in the Elderflame Operator. This is because of the louder sound equipment than that of its regular counterpart. As a result, players here can find it extremely difficult to hear footsteps.

You May Also Like :  PUBG New State vs PUBG Mobile: A Quick Comparison

If we take a quick look at these recent skins, then Karambit knife skin in the Prime 2.0 bundle is trending nowadays. All those players who are highly experienced in this game have found that the recent version of Karambit has worse animation equipment than the older one.

Hence, it’s essential that the developers of Valorant need to introduce a type of system that will allow gamers to answer back to the most recent version of weapons.

Both Riot developers Sean and Preeti are aware of this glitch. Also, they have confirmed that the skin level toggling system will be released this year itself.

This new system will enable players to change their skin levels at will. It will also provide them with the scope to revert any unwanted upgrades.