Valorant to introduce Sentinels of Light skin bundle with patch 3.02 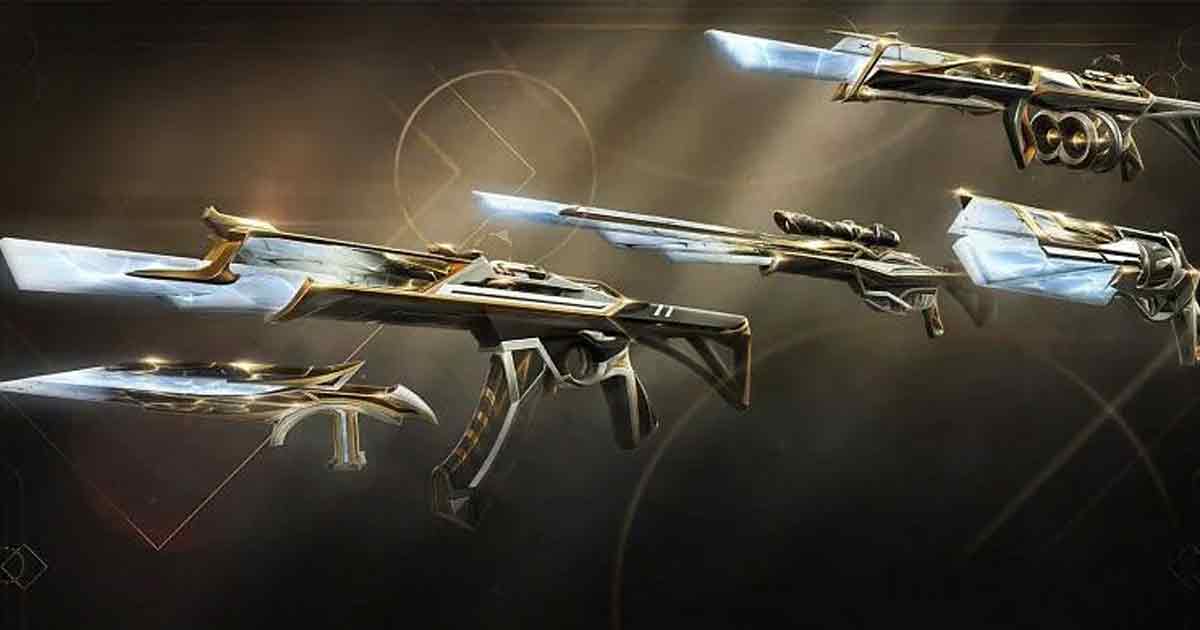 Valorant is scheduled to launch the ‘Sentinels of Light’ skin bundle, with different weapon skins and variants, as patch 3.02 progresses

Valorant is scheduled to launch the ‘Sentinels of Light’ skin bundle as Patch 3.02 unfolds. The developers have introduced multiple weapon skins in the past and they are ready to maintain that consistency this time as well.

i NEED the new sentinels of light skin bundle….. the pink variants are so pretty i want to CRY pic.twitter.com/vbbEZtR0dl

Continuing with its vision, Riot has now introduced the ‘Sentinels of Light’ skin bundle for Valorant, which is expected to arrive with Patch 3.02 later this week.

‘Sentinels of Light’ will consist of five different weapon skins. The list of items for the new skin bundle is as follows:

Players will get 4 variants for this new skin bundle.

The skin also has a final-kill animation with soft music in the end.

The developers have also not shared any information regarding the exact date of the bundle’s release. However, fans can expect Riot to come up with an announcement regarding the same soon.