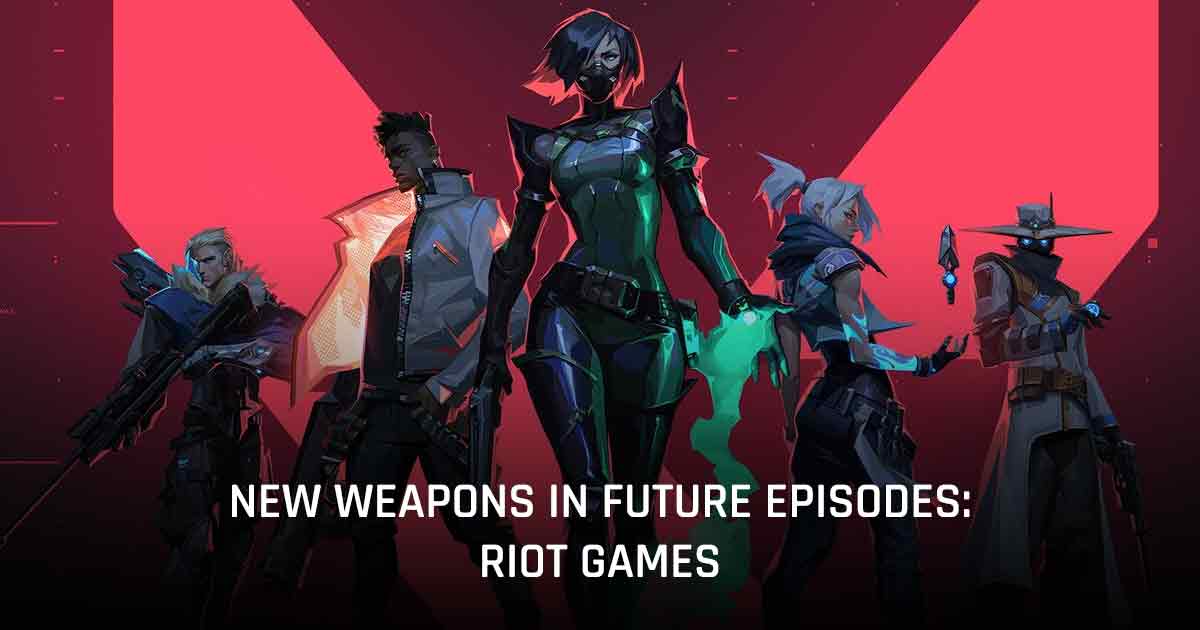 Valorant is expected to receive new weapons in future episodes, possibly an auto-spinner, as confirmed by Riot Games

Nicholas Wu Smith, Valorant Game Designer, has given some latest updates on the game. The game will get new weapons at some stage in future episodes, but people are clueless about its type and form.

Valorant was launched with just 18 weapons including the Tactical Knife and six distinct styles of guns. Every box seems to be ticked.

There is already plenty of variation in Valorant’s arsenal. Right from Operator for long-range one taps to Judge for annoying close range kills, and from fast-firing SMGs to precise revolvers. Valorant has plenty of weapons and it is expected to expand soon.

Valorant Game Designer Smith believes with more agents included in the game it is just a matter of time when new guns will be added to the arsenal. In a Twitch stream, he revealed that new weapons will be eventually added.

When will New Weapons Release

The game developer was tight-lipped about the time when the next gun would release, and the number of weapons that may at once drop. However, he was quick to reply to a viewer, who asked whether they will get new guns this year, he replied probably not this year.

A Riot dev has stated more guns will come to #VALORANT in future updates.

Thus, it seems that there will not be major changes to the arsenal in 2021, but it is not ruled out in future updates down the line.

An insight into New Weapons

As there is still time for the new weapons to arrive, so the devs have not revealed the specifics. Nevertheless, Smith is confident that every weapon in Valorant will be hitscan. Thus, for any weapon to be added in the future, Riot has to come up with something very particular and special.

Smith explained about an old gun that got scrapped before release, thereby ruling out an idea from the mix. He discussed an auto-spinner that was exactly like CS:GO’s “Dak Dak” that ended because Guardian better filled that role and the need for the auto-spinner was not felt.

Thus, it is extremely difficult to suggest what Riot may include in the future. With lots of time ahead, it is difficult to say about their plan. The Game developers have plenty of options as far as shaking up the Meta is concerned.

Smith further added that weapon balance and character balance are always hit and that can consistently be changed. Since Valorant has evolved with every new Agent, it is sure that Meta will also evolve the game. As far as the exclusion of new weapons is concerned, players should not expect them until 2022.