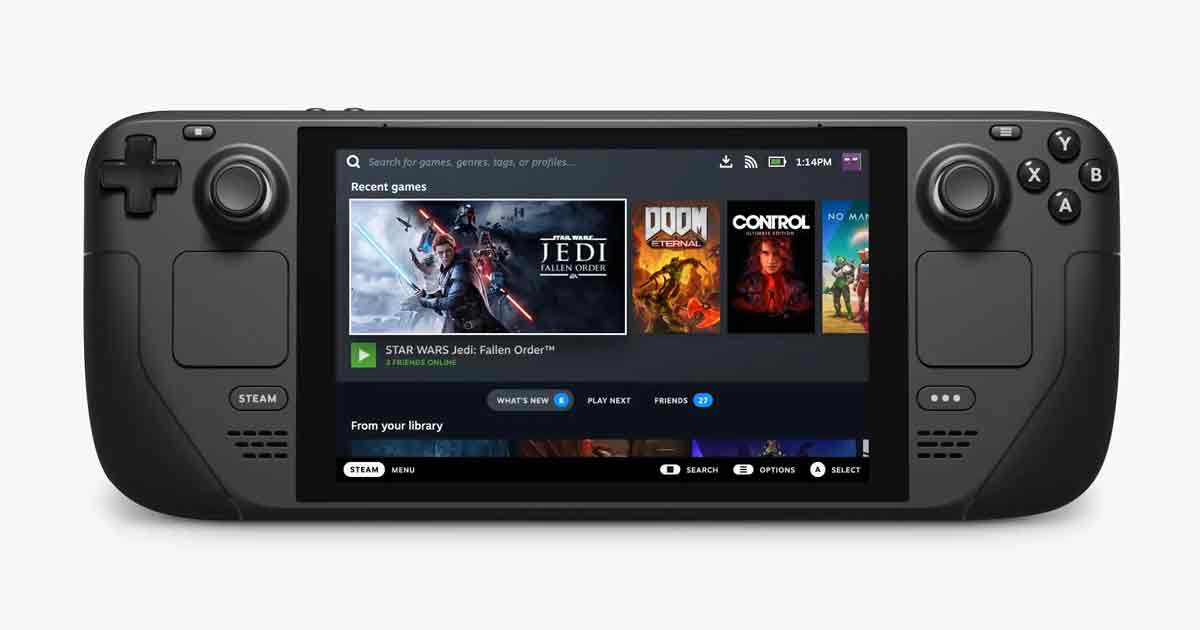 Valve has announced the launch of its Steam Deck handheld system, which will come with a base price of $399, going all the way to $649

Valve has announced the launch of its Steam Deck handheld system. Sharing visual similarities with the Nintendo Switch, the new device is powered by a custom AMD Zen 2 + RDNA 2 Based chipset. This essentially makes it a portable PC.

Powering the Steam Deck is Valve’s Linux Arch-based SteamOS 3.0. Gamers can also play Windows games through ‘Proton’. It has significantly improved over time and can run almost any game without glitches.

The device also supports an optional dock powered using USB- C with 3 USB Type-A ports (1×3.1 2x 2.0) along with LAN, HDMI 2.0, and DisplayPort 1.4 ports. Players can use the dock to connect the Steam Deck to their TV or Monitor and play from the couch.

You May Also Like :  Google Stadia to Get More Games including Far Cry6 and FIFA 21

Pricing of the Steam Deck

The latter two Steam Decks will also have faster NVMe SSDs. All the three options will allow players to install and play games off of a Micro SD card to expand storage capacity further.