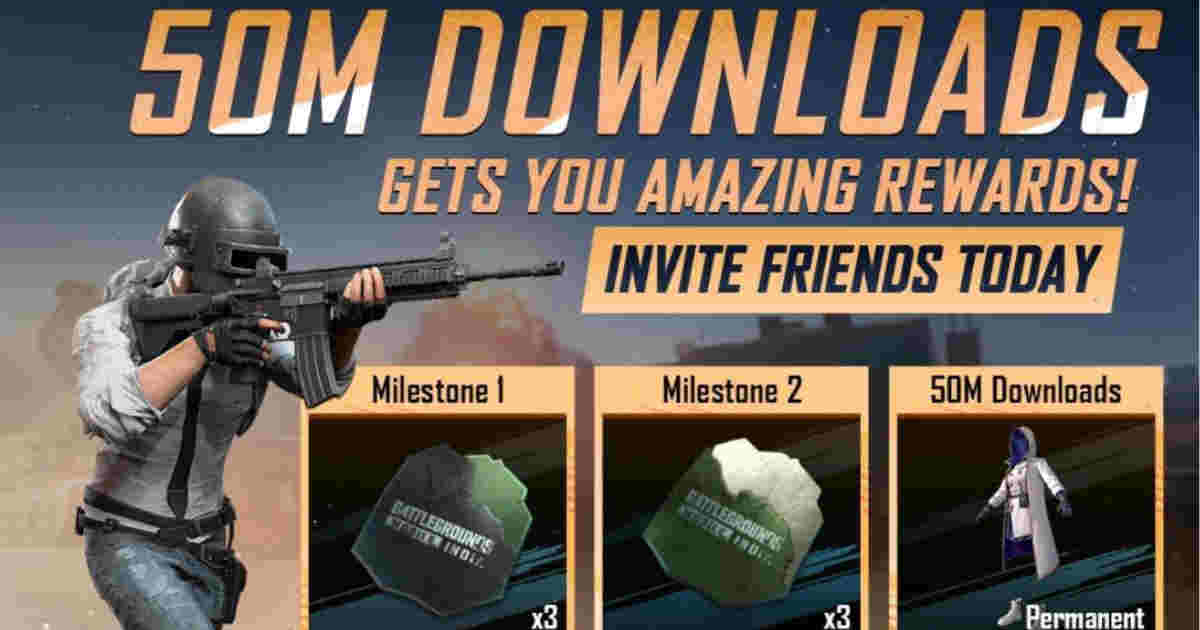 BGMI has announced a 50 million downloads rewards event to reward players upon reaching this milestone, and is also eying an iOS launch soon

Battlegrounds Mobile India (BGMI) has announced a 50 million downloads rewards event that will reward players upon reaching this milestone. The rebadged PUBG game had already managed to surpass 20 million pre-registrations in just over two weeks of launch.

You May Also Like :  New Riot Client coming up in a Few Weeks across all titles

Krafton will make the rewards available in-game inside the Events section. The developer will maintain the 50 million downloads reward for a month for redemption. After that, players can unlock the rewards automatically once the game reaches a specific amount of downloads as prescribed.

An interesting remark by Krafton states that all BGMI players will be eligible to receive the reward, “regardless of their OS”. Fans have also spotted an apple emoji in Krafton’s Instagram post.

This clearly suggests that Apple users on the iOS platform might soon get access to BGMI. It also means that once the game is available on iOS, those players will also receive the rewards from the 50 million milestone event.