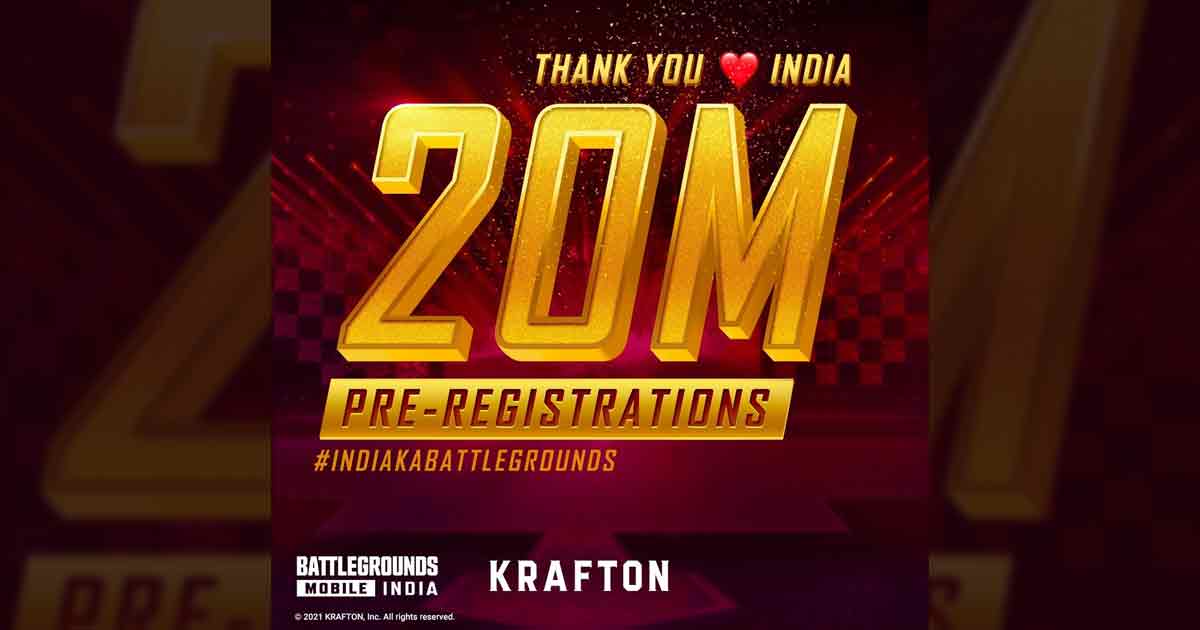 With Battlegrounds Mobile India surpassing 20 million pre-registrations on the Google Play Store, the Indian avatar of PUBG Mobile is heading for an astonishing milestone

The Indian government had banned PUBG Mobile in September last year over data privacy concerns. After this, Krafton returned to India with the announcement of Battlegrounds Mobile India.

Many see this game as an Indian version of PUBG Mobile and is criticized to be the exact copy of PUBG Mobile with minor tweaks. Some have even urged to take action against its release.

Matching the Success of PUBG

PUBG Mobile reached an astonishing milestone in India and was a huge phenomenon. With Battlegrounds Mobile India being an Indian version of PUBG is expected to take its place in the future.

The pre-registration process started on 18th May. Krafton had heavily promoted the game through its social media handles. Fans expect Krafton to launch the game in June’s third week.

You May Also Like :  New Map, Fresh Anti-Cheat System coming to CoD Warzone this year

After the ban on PUBG Mobile in September last year, players were desperate to officially play the game once again. Thus, soon after the Krafton announcement about a similar title, there was an overwhelming response from PUBG lovers.

The pre-registration process has just begun for Android users but not for iOS users. Still, the game has completed 20 million pre-registrations on the Google Play Store. This is enough to prove the immense popularity and wide fanbase of the PUBG Mobile game in India.

PUBG enthusiasts who have not yet pre-registered for the game should quickly get themselves enrolled. Currently, only Android users can join the pre-registration process. They can enroll through the below-given process:

So, players should quickly pre-register for the game and should not miss out on the opportunity of getting exclusive rewards.