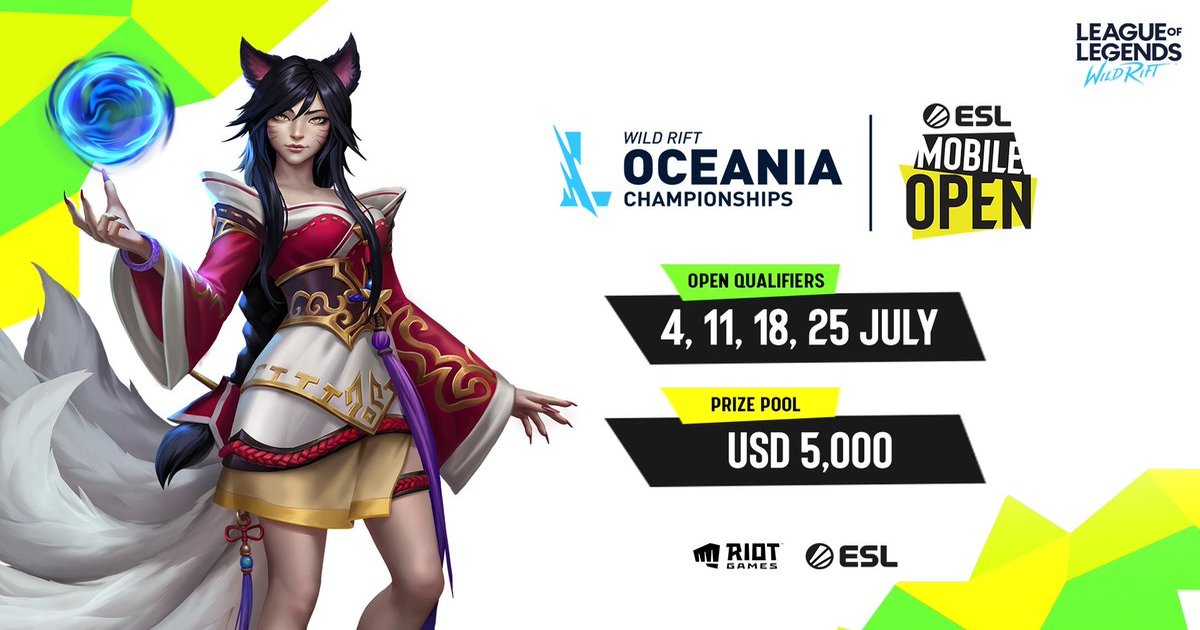 The Wild Rift ESL Mobile Open Oceania Championship has a $5,000 prize pool and will be played across four stages in the coming months

The competition will be played across four stages, including the open qualifiers, Esports Swiss, round-robin and the gauntlet. There will be four open qualifiers on July 4, 11, 18 and 25.

Teams of up to seven players can register for these qualifiers which have a single-elimination format. Each series will be a best-of-three.

The top four from each qualifier will advance to the next stage of the competition, the Esports Swiss. 16 teams will battle in a Swiss-system across five rounds on August 15.

Winning three rounds will see the team qualifying for stage three. Only the top eight will make it to the third stage, the round-robin.

Wild Rift esports is coming Down Under, with a $5k USD prizepool, the chance to compete internationally, and open qualifiers starting this weekend!

In the third stage, the eight remaining teams will compete in a best-of-three, round-robin format. It will happen on August 22 and 29 with the top four teams advancing to the final stage, the Gauntlet.

You May Also Like :  The Oakwitch Bundle is now available in Fortnite Item Shop

The Gauntlet will take place on September 5 with the top four teams locking horns to decide the champions. The fourth and third-placed team from the previous stage will play first in this round.

The winner will make it to the semifinals to take on the second-placed team from the previous round. Finally, the team that wins this match will compete in the grand finale against the first-placed team of the round-robin stage.

The winner of the Wild Rift ESL Mobile Open Oceania Championship will qualify for an “international tournament” in early October. Riot announced last month that Wild Rift will be getting a world championship at the end of the year but it’s unclear if this is the competition the winner will qualify for.

The $5,000 prize pool in the Wild Rift ESL Mobile Open will be split as follows: