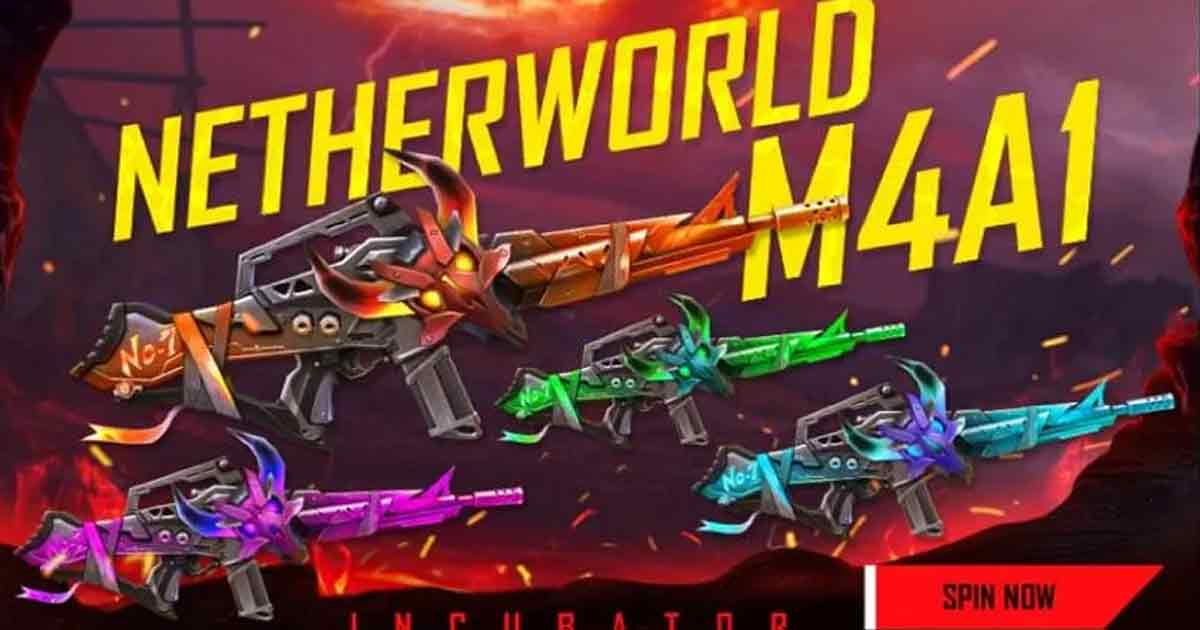 Free Fire‘s gun skin system is a vital part of this game with various bonus features that will players in the match. Among all the skins, incubators are one of the best to consider.

This is because of their beautiful features and high bonuses. Here, there are various lists that are available in this March’s newest Incubator, the Netherworld M4A1.

There will be four variants for Netherworld M4A1, like it was earlier in the incubators. These guns will be weapons that will go with the Netherworld Troops sets. Further, there will be colors where each colour will correspond to a set of the same shade.

You’ve owned its full regalia but what’s a set without the weapon skins? Forged from the ashes of sinners comes four of the deadliest weapon skins. Step into the underworld and carry the Netherworld M4A1 into the world beyond. 🔥#FreeFire #IndiaKaBattleRoyale #Booyah pic.twitter.com/ycRG4I8IIt

These will be through usual method to exchange the Evolution Stones and Blueprints. Each incubator spin will be approximately of 60 Diamonds in Free Fire. Further, 5 Spin will cost approximately 270 Diamonds.

Statistics Of The Netherworld M4A1 in Free Fire

Here, there will be a red version of the incubator where gamers will have Infernal M4A1.

This is one of the most powerful skin, and has the highest chances of damage. You will find it easier with the Rate of Fire ++ bonus.

A sniper-style skin that will have the bonus on Damage and Range. Here, it is easy to snipe enemies in more effective ways:

Another Sniper style in M4A1. It will be stronger like Shadow in the later part of Free Fire.

This Glacier is more of a mediocre one, but not completely useless. Here, the armor penetration bonus is strong in the late game.