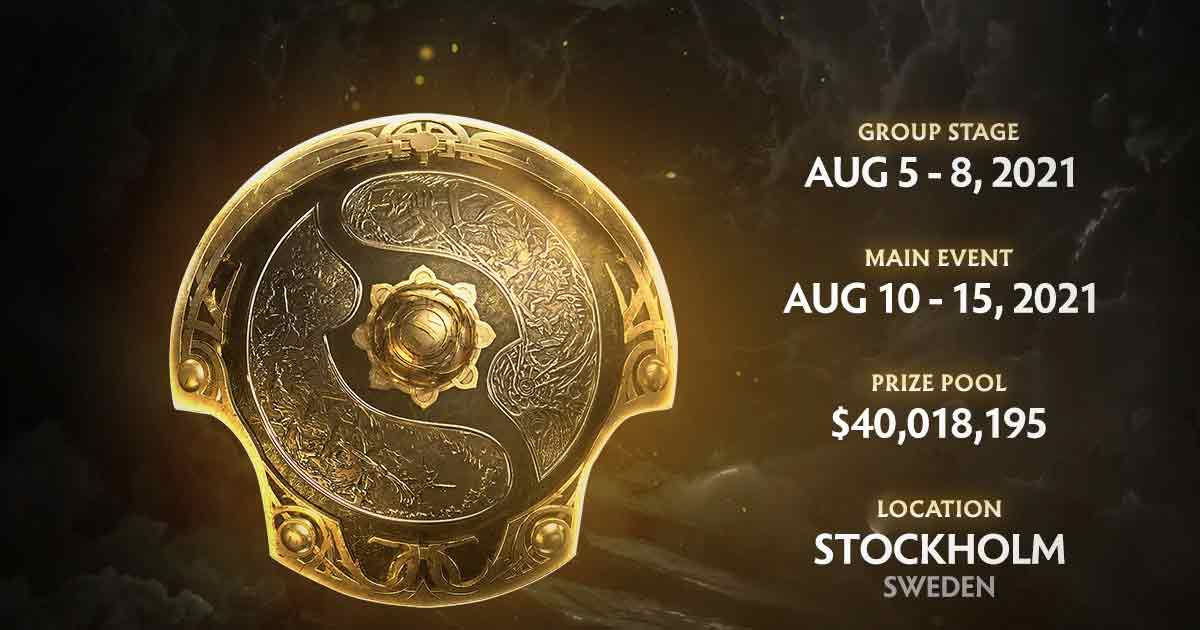 The International 10 by Dota 2 is all set to hit the floors in August this year, and a whopping $40 million is at stake for Dota 2 players across the globe

The 10th edition of The International 10 world championships, by Dota 2 will be going live in August in Stockholm, Sweden. This means that The Aegis of Champions will once again be up for grabs for Dota 2 fans.

A staggering prize pool of $40 million will be at stake at The International 10. This event had been cancelled last year due to the coronavirus pandemic.

The $40 million prize pool is the biggest in Esports history. It has now surpassed the previous record of $34 million set in The International 9.

The International 10 is back on the menu. Mark your calendars. #TI10 #Dota2 pic.twitter.com/2i1S0KIYQS

Valve, the developer of Dota 2 is also the organizer of The International 10. The developers have mentioned that they will release additional details regarding the possibility of having a live audience in attendance for the tournament.

You May Also Like :  CoD Mobile World Championship 2021: All details here

“As we continue to plan the event around the shifting landscape presented by the ongoing global pandemic, our focus remains on finding ways to hold a high-quality tournament in the safest way possible,” Valve said.

Eighteen teams will participate in The International 10, with OG seeking to capture its third straight Dota 2 world title.

Among the Filipino teams vying to qualify for The International are TNC Predator, Execration, Neon Esports, and Omega Esports.

The International 10 will begin with the group stage that will run from August 5 to 8. It will continue with the main event that will start on August 10 and conclude with the grand finals on August 15.