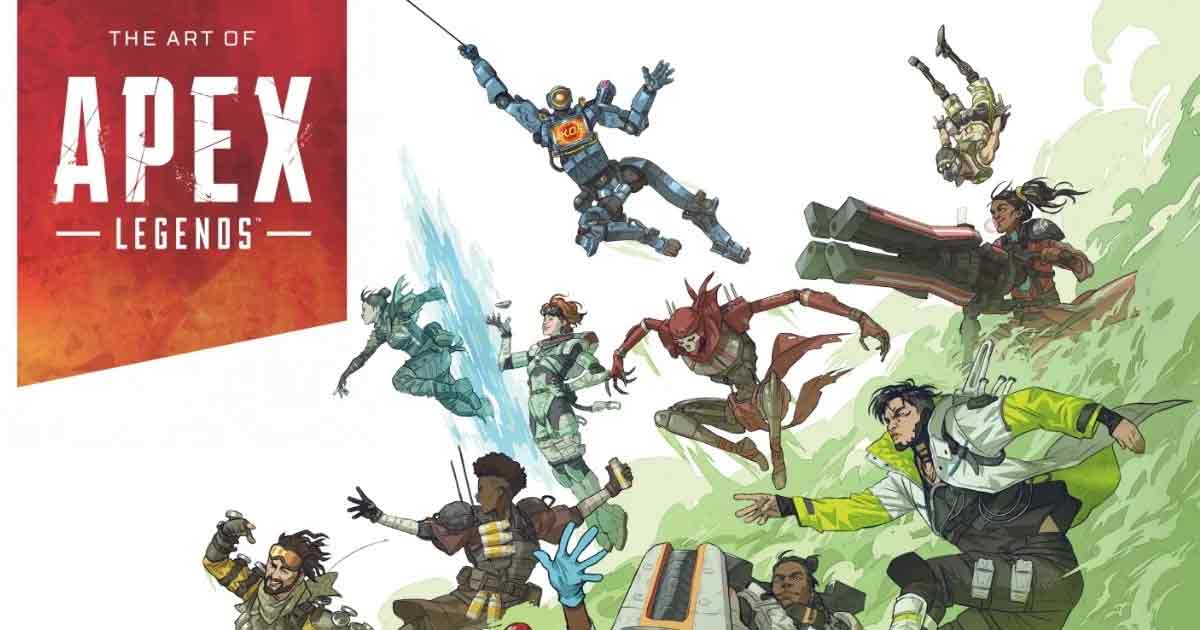 The Art of Apex Legends

Dark Horse Books has stated that The Art of Apex Legends, a new oversized hardcover art book, will be released later this year. The book will feature art and developer commentary from Apex Legends released by developer Respawn Entertainment.

After a long time, content from the Apex Legends franchise will be published by the Dark Horse. Besides, even a current comic set in that world is also published by Dark Horse Comics. This book is set to release on November 10th and will cost $39.99. Fans can now pre-order it on Amazon.

Contents of the Art Book

It is hard to predict the content of the artbook, besides its broad title The Art of Apex Legends. Dark Horse Books has not revealed much.

However, it has gone to the printer before finalizing the future Legends and including them in the video game. The cover art for instance features most of the current Legends with the visible absence of the more recent ones.

To give a glimpse of the art book, the Dark Horse Books revealed lines like “Pore over the finest features of unique legendary skins” and “marvel at the deadly intricacies of every dynamic weapon, explore each nook and cranny of the game’s battle-scarred arenas, and more!”

You May Also Like :  The Verdansk Map comes to CoD Warzone in Season 3

Apex Legends is a popular free-to-play video game. It is in the middle of Season 9 and is now available for Xbox One, Xbox Series X/S, Nintendo Switch, PlayStation 4, PlayStation 5, and PC.