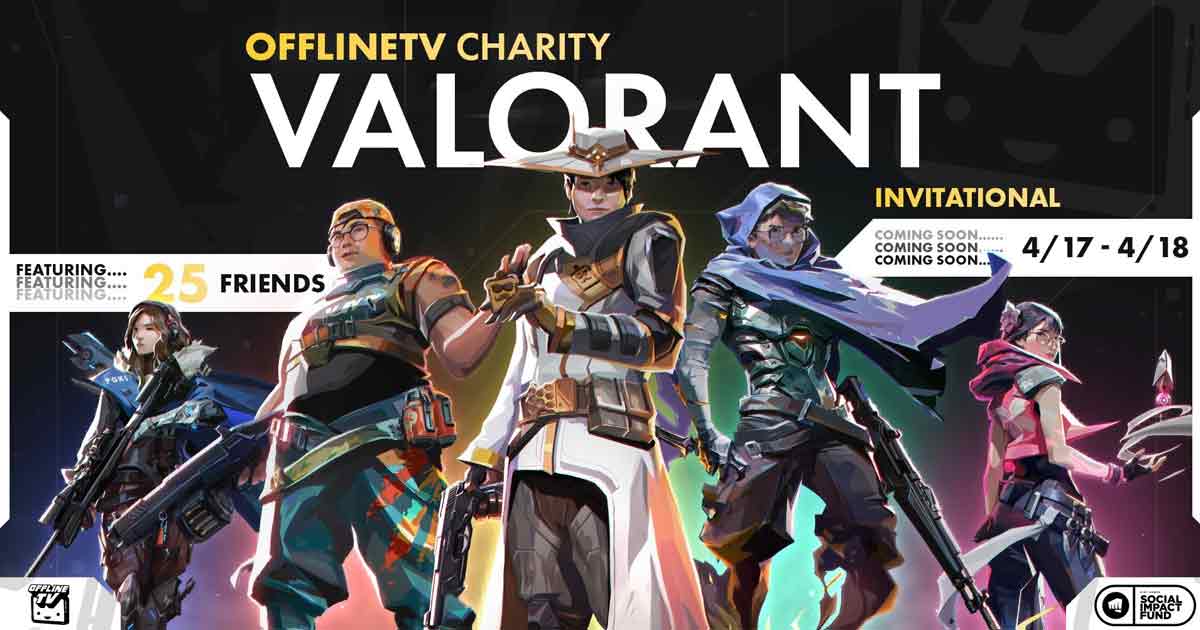 OfflineTV and Riot Games had joined hands to host the OfflineTV Charity Valorant Invitational. The collection from this event will be used for various causes. DisguisedToast managed to take home the majority share for his charity, the Inspiring Children Foundation.

OfflineTV members are not new to Valorant, having shown their presence in the game from time to time. However, their substantial fan-base has served them good. They have managed to start up a charity invitational to raise money for various causes.

Fans of the game witnessed a memorable tournament, with friendly matches for a bigger cause. All five participating members donated $70,000 to five different charitable institutions.

DisguisedToast’s band of misfits dominated the Offline Charity Valorant Invitational. Behind their Judge-wielding Cypher, they created quite an uproar as the team went undefeated all the way through.

The @OfflineTV crew managed to raise $70,000 for charity through their massive #VALORANT Invitational this weekend!@DisguisedToast‘s team won the event, donating $28,000 to the Inspiring Children Foundation: https://t.co/PZeibIhue1 pic.twitter.com/PK4LkdfTkN

They came back from a massive deficit against LilyPichu’s team in the final on Split to take home the major chunk of the $70,000 grand prize to their charity of choice, the Inspiring Children Foundation.

You May Also Like :  Radioactive Agent Redemption event comes to CoD Mobile

The OfflineTV crew was divided into five teams. Each one was named after its respective captain.

Pokimane, LilyPichu, Scarra, DiguisedToast and Michael Reeves have all showcased their best talent in the tournament. Here are the streamers they picked up to represent their side: