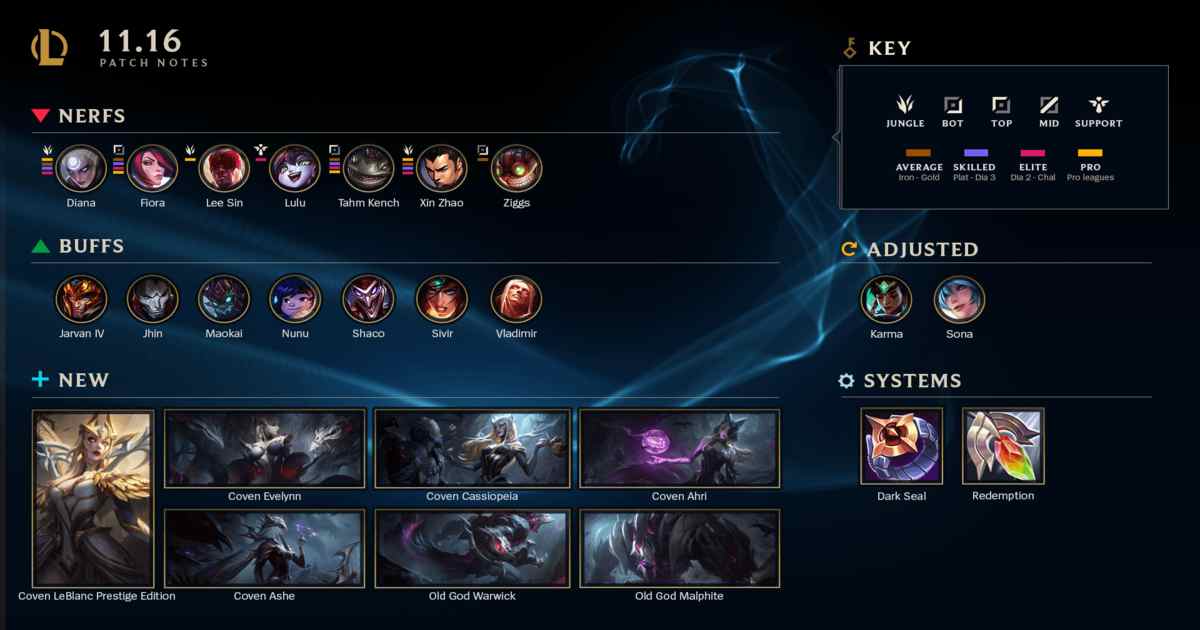 The League of Legends patch 11.16 update will hit live servers today and there are several bug fixes carried out, with changes to Ranked Updates

Riot Games has introduced patch 11.16 update in League of Legends, which goes live today. There is a wide array of additions and changes in this patch. We will try and break it down for you in subsequent articles.

As a new arrival LoL gets a Friends Leaderboard. Players, who were unsure of their superiority over their friends, can now confirm this. League of Legends will have a new social leaderboard inside Ranked Summoner’s Rift lobbies.

Gamers can access this leaderboard by clicking on the new leaderboard button in the upper right corner of the Solo/Duo or Flex lobby. In Flexed Queue, Master and above Flex players can no longer queue with other Flex players rated below Platinum.

The key highlight of fixes carried out in LoL patch 11.16 is that Champions can now acquire blue buff if they kill the Blue Sentinel while in a zombie state. This includes Sion’s Passive- Glory in Death, which is already true for red buff.

You May Also Like :  New Weapons arrive in CoD Season Five: All Features, how to get them

Players will no longer lose their red or blue buffs when executing non-epic jungle monsters. Also, a champion’s bounty value will reset back to zero in the scoreboard even after a player claims his bounty.