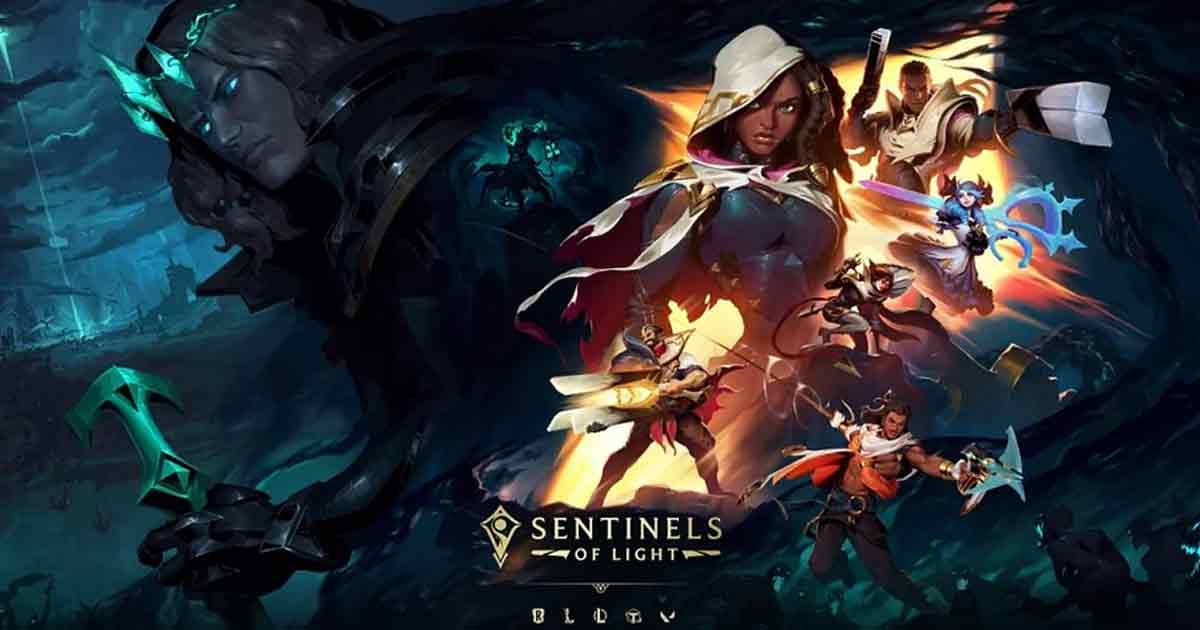 Riot Games has launched a mobile-only VR website to create buzz among fans of the upcoming Ruination crossover event: Sentinels of Light

The Ruination crossover event: Sentinels of Light is almost upon us and Riot is spicing things up to generate adequate buzz about the onslaught. The most recent addition to this pre-release theatrics is the launch of a dedicated mobile VR website for the event.

To experience this virtual mobile-only site, a user needs their mobile device to start the game. Next, they will be guided to touch the screen and hold to enter the Sentinel’s Outpost.

When granted passage, fans can then click around the room to view multiple areas. These include an armory that features a plethora of Sentinel weapons.

The armory has multiple weapons displayed on the wall and on a pedestal. Most League of Legends fans should be able to identify these. On display are Lucian’s light relics and Riven’s sword.

The Sentinels of Light have fought against darkness for thousands of years. Uncover the secrets of their Outpost: https://t.co/Z9iRa9vOu1 pic.twitter.com/3WTxIRsqZ7

There is a rifle that’s on the ground, leaning on the side of the wall. It looks like a Sentinel-themed Vandal skin in Valorant.

As the Ruination fans explore further, they will spot a world map hung on one of its walls. Gamers are speculating that this could be a possible hint of Riot’s plans for a global Wild Rift foray.

The themed feature on Wild Rift’s website redirects users to a sub-website titled ‘Sentinel Unite’. It further takes them on a virtual tour of one of the Sentinels’ outposts.

Here hide several secrets of the sentinels, which players need to unlock. On the southern wall of the outpost, gamers can see a world map. It is marked with the locations of all secret sentinel outposts around the globe.