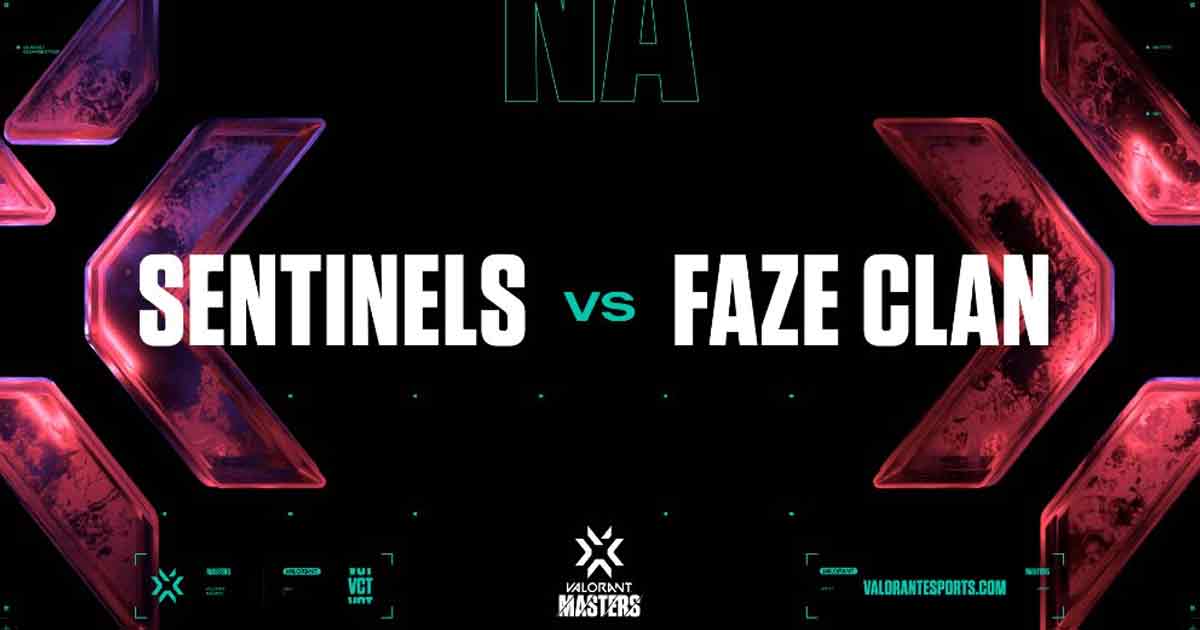 It was a day of surprises at the Valorant Champions Tour. FaZe looked unbeatable throughout the fight. They played very well and almost clinched the upper bracket finals of VCT NA Masters. But Sentinels successfully regained the control of the match early and never lost the grip thereafter.

Both the clans played well but most of the Icebox was turned to be one-sided affair. The match was won by Sentinels by 13-5, gaining an early lead in VCT.

FaZe puts up a valiant show

FaZe Clan tried their best till eight rounds but all their efforts went in vein. Sentinels won the map and sent FaZe to the lower bracket in a 2-0 victory.

You May Also Like :  Fnatic Wins GESC SEA Qualifiers

With this win FaZe is now ready for fight into the grand finals by beating the victor of the Envy-Gen.G match. Envy earlier defeated Luminosity home in a nail biting 2-0 struggle, and Gen.G defeated powerhouse 100 Thieves in a massive gameplay.

The highlight of the match was was Tyson “TenZ” Ngo who stole the show. He played amazingly well and went +16 in K/D and was the tip of the spear for Sentinels throughout the match.

Throughout the game  TenZ has turned in a game changer. His understating of the game and incessant game playing efforts contributed to Sentinels’ overall success in the tournament.

After winning over the Valorant Masters upper bracket finals, Sentinels are now the best team in North America. After this unbeatable performance Sentinels are looking forward to upcoming tournaments and matches where they can show their worth.